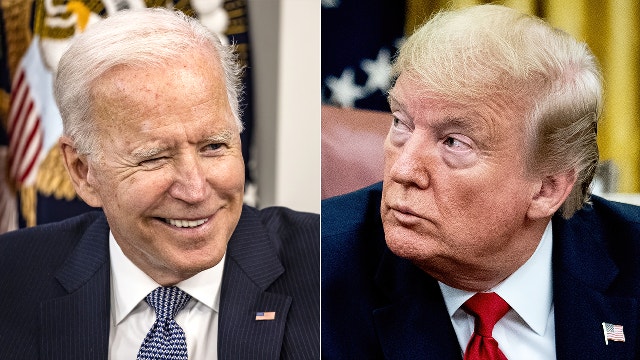 White House Press Secretary Jen Psaki confirmed Friday that President Joe Biden is “cooperating” with requests from Congress’ January 6th Select Committee to investigate former President Donald Trump’s activities on that day, concluding that “executive privilege is not warranted” for the initial documents that are being turned over.

“The administration takes the events of January 6th incredibly seriously, as the president said on its six-month anniversary,” Psaki said in response to a question regarding whether the White House will authorize the National Archives to turn over certain documents related to the events of the day. “That day posed an existential crisis and a test of whether our democracy could survive.”

Amid growing talk that Trump will challenge Biden in 2024, Psaki denied that the denial of privilege was politically motivated.

“There’s nothing political about working to ensure the vents of Jan. 6 never happen again,” Psaki said

BIDEN TURNS BACK ON REPORTERS, REFUSES TO TAKE QUESTIONS AFTER REMARKS ON DISMAL JOBS REPORT

“The president is dedicated to ensuring that something like that could never happen again, which is why the administration is cooperating with ongoing investigations, including the January 6 select committee to bring to light what happened,” Psaki said. “As a part of this process, the president has determined that an assertion of executive privilege is not warranted for the first set of documents from the Trump White House that have been provided to us by the National Archives.”

Psaki also indicated that this “will be an ongoing process and this is just the first set of documents.” She also stated that the White House will “evaluate questions of privilege on a case by case basis.”

In a letter to the National Archives from White House Counsel Dana Remus, which was obtained by NBC News, a request from Trump’s attorneys to withhold documents requested by the committee regarding Trump’s actions on January 6 was rejected. “President Biden has determined that an assertion of executive privilege is not in the best interests of the United States, and therefore is not justified as to any of the documents,” the letter stated.