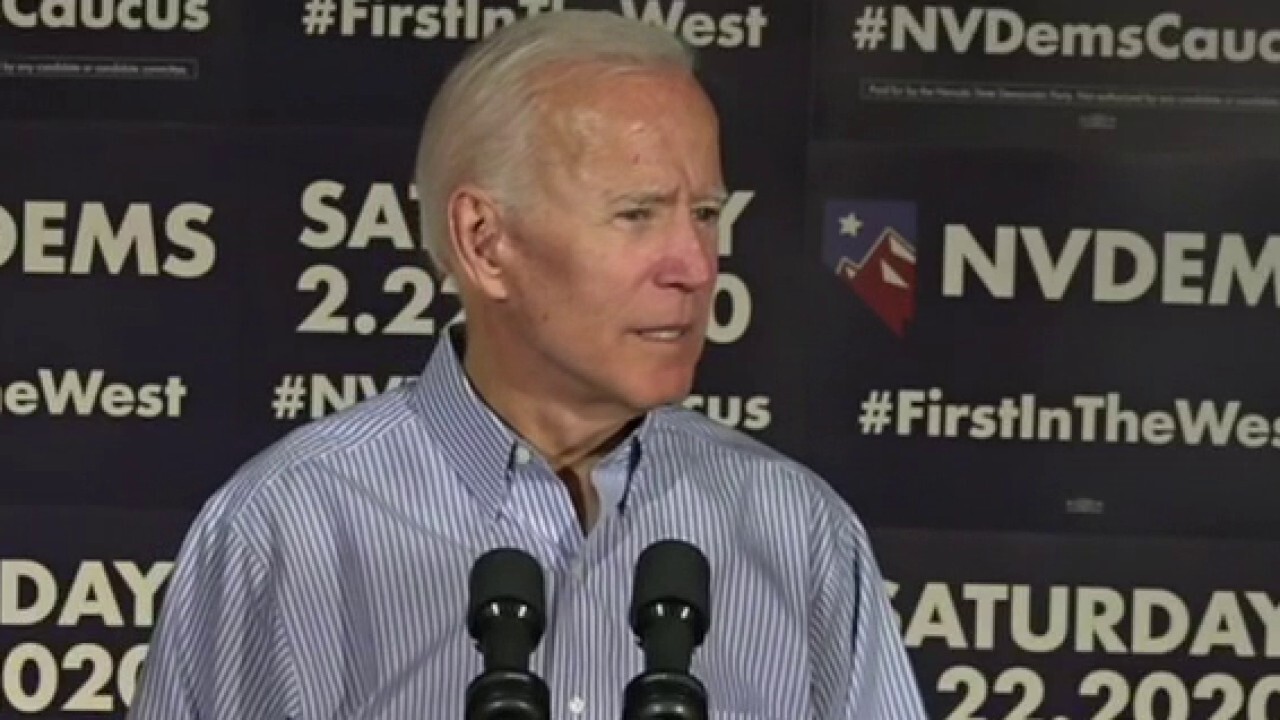 Former Vice President Joe Biden indicated in an interview that if he is elected president, he would veto a “Medicare-for-all” bill if by some “miracle” one were to reach his desk.

Biden stressed he does not object to the idea of universal health care. He even echoed Sen. Bernie Sanders, I-Vt., by saying that medical care “should be a right.” Rather, he does not see how the program would be feasible.

“I would veto anything that delays providing the security, the certainty, of health care being available now,” Biden told MSNBC’s “The Last Word with Lawrence O’Donnell” Monday. “If they got that through and by some miracle, there was an epiphany that occurred, and some miracle occurred that said ‘OK, it’s passed,’ then you got to look at the cost. And I want to know how did they find the $35 trillion? What is that doing?”

Biden went on to say that it would “significantly raise taxes on the middle class.”

The current Democratic primary front-runner then made clear that he thinks “health care should be a right in America.” Expanding health care access, after all, was a central goal of ObamaCare, passed when Biden was vice president.

“My opposition [to ‘Medicare-for-all’] relates to whether or not a) it’s doable, 2) what the cost is, what the consequences for the rest of the budget are,” Biden said. “How are you going to find $35 trillion over the next 10 years without having profound impacts on everything from taxes on middle-class and working-class people, as well as the impact on the rest of the budget?”

Biden has preferred building on the Affordable Care Act that passed when he and President Barack Obama were in office.

Sanders, who often calls for a “political revolution,” is a strong proponent of “Medicare-for-all.” The two face off in polls in six states on Tuesday with 352 total delegates at stake. Biden currently has a lead of nearly 100 delegates. It will take 1,991 delegates to secure the Democratic presidential nomination on the first ballot at the Democratic National Convention.