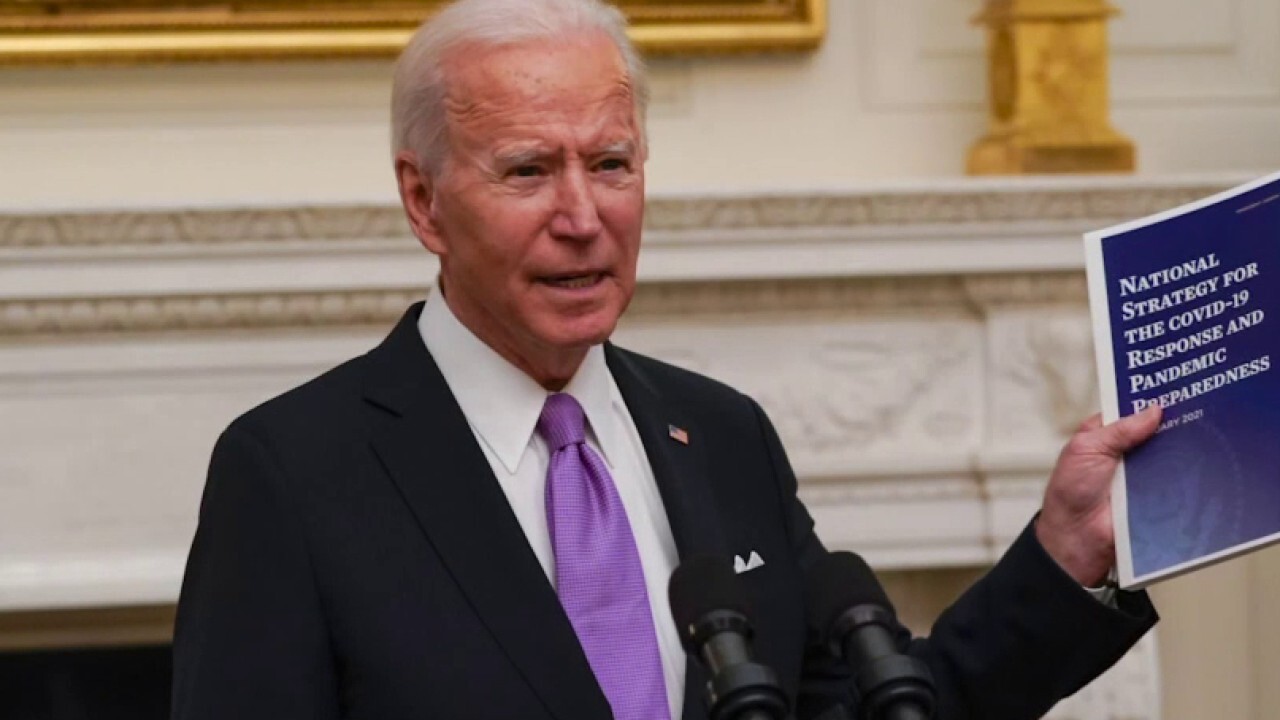 President Biden requested a “comprehensive threat assessment” on domestic violent extremism from the Office of the Director of National Intelligence on Friday in coordination with the FBI and the Department of Homeland Security, White House Press Secretary Jen Psaki said.

Psaki, during a press briefing Friday, told reporters that the National Security Council will also build a new capability to focus on domestic violent extremism, which she referred to as “DVE.”

“This is a tasking from President Biden sent to ODNI today requesting a comprehensive threat assessment coordinated with the FBI and DHS on DVE,” Psaki said. “This assessment will draw on the analysis from across the government and, as appropriate, non-governmental organizations.”

Psaki added that “the key point here is we want a fact-based analysis on how we can shape policy,” calling this the “first step in the process.”

Psaki said that the decisions on policy will rely on law enforcement and guidance from the intelligence community, and that the goal would be to “disrupt violent extremist networks and more.”

“We are coordinating relevant parts of the federal government to address DVE,” Psaki said, adding that the NSC is “addressing evolving threats,” and reviewing the role of “social media, operational responses and more.”

The topic of assessing “DVE” comes after Biden, during his inaugural address, addressed “a rise of political extremism, of White supremacy and domestic terrorism,” which he said, “we must confront and we will defeat.”

The announcement comes just two weeks after the Jan. 6 Capitol riot, which left five people dead – including a U.S. Capitol Police officer – as pro-Trump supporters stormed the Capitol as a joint session of Congress attempted to certify the electoral votes for Biden’s 2020 presidential victory.

And it also comes as anti-fascist protesters have taken to the streets in Portland and Seattle to cause destruction and chaos this week.

PELOSI DEFENDS IMPEACHMENT IN FACE OF BIDEN’S CALL FOR UNITY: ‘WE MUST DO IT’

At this point, it is unclear which groups and what type of behavior the Biden administration considers “domestic violent extremism” — and whether the rioting at the Capitol and violence in cities like Portland and Seattle this week would be classified “DVE.”

The White House did not respond to Fox News’ requests for comment on the matter.

Speaking during the briefing, Psaki added that White House Homeland Security Adviser Liz Sherwood-Randall would be involved in the efforts, and other counterterrorism officials.