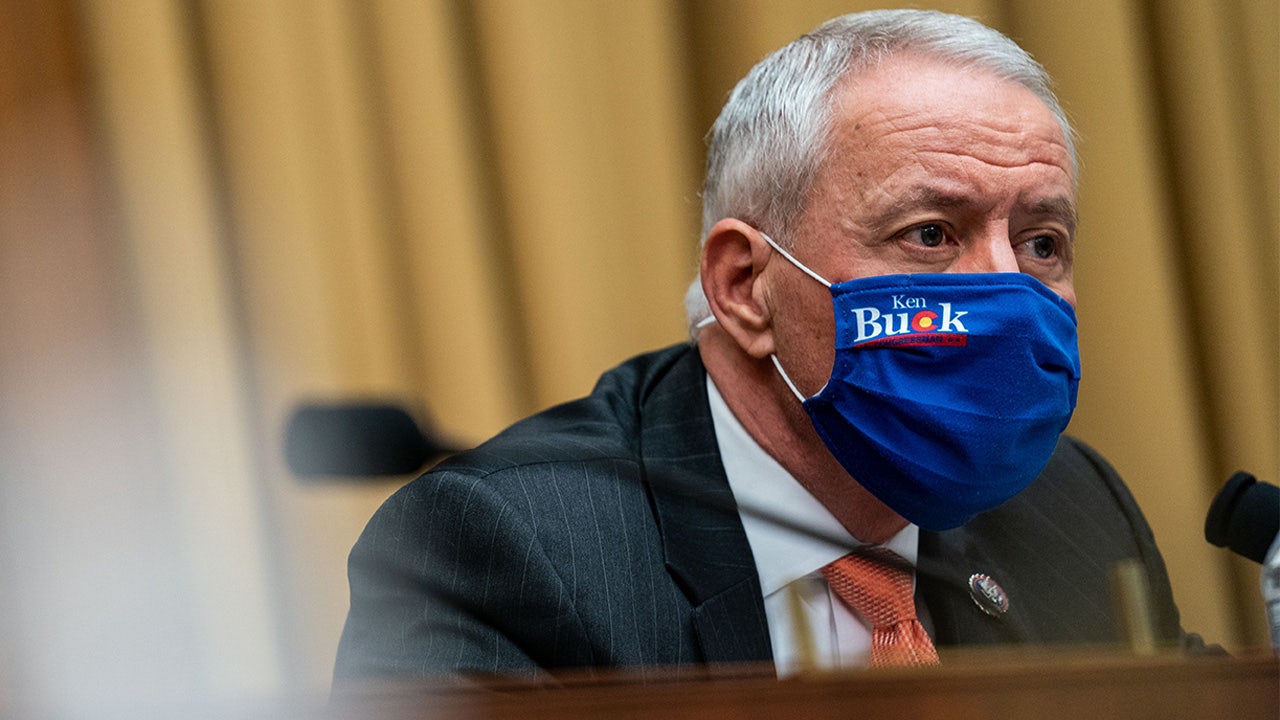 House Foreign Affairs Committee member Rep. Ken Buck, R-Co., joined ‘Fox News Live’ to discuss Big Tech’s influence, arguing that we only have censorship because certain companies own a monopoly share of the marketplace and ‘can do what they want.’

The letterexpresses the group’s support of Buck’s bill, the State Antitrust Enforcement Venue Act of 2021, and was led by Attorneys General Phil Weiser of Colorado; William Tong of Connecticut; Jeff Landry of Louisiana; and Ken Paxton of Texas.

The letter was sent on Friday to antitrust committee leaders in the Senate, Sens. Amy Klobuchar, D-Minn., and Mike Lee, R-Utah, as well as their House contemporaries Reps. David Cicilline, D-R.I., and Buck himself.

“State attorneys general around the country are actively pursuing significant antitrust enforcement actions on behalf of consumers in their respective states,” the letter reads.

The top cops wrote that, although the lawsuits pursued by the attorneys general in their states are “brought in the public interest,” the lawsuits “may be subject to transfer to a multidistrict litigation” at the defendants’ request, where cases are put on ice and could be combined with other private plaintiffs’ lawsuits.

“Federal enforcers are entitled to select and remain in their preferred venue and pursue relief without undue delay and distractions caused by the particularized interests of private plaintiffs,” the attorneys general wrote.

“State antitrust enforcement actions should be extended the same protections from transfer as those brought on behalf of the United States,” they continued.

The group wrote that Congress has recognized the role that states play “in the enforcement of competition laws” and that states “should accordingly be on equal footing with federal enforcers in deciding where, when, and how to prosecute cases.”

According to a press release issued by Buck in May, the State Antitrust Enforcement Venue Act of 2021 aims to “ensure state attorneys general are able to remain in the court they select rather than having their cases moved to a court the defendant prefers.”

“States play a critical role in enforcing federal antitrust laws and should have the same benefit that is already afforded to federal antitrust enforcers – to select and remain in their preferred venue,” Buck said in the release.

“Through this legislation, many of the inefficiencies and obstacles the states face in enforcing the federal antitrust laws will be eliminated, resulting in quicker resolution for the citizens of those states,” he added.