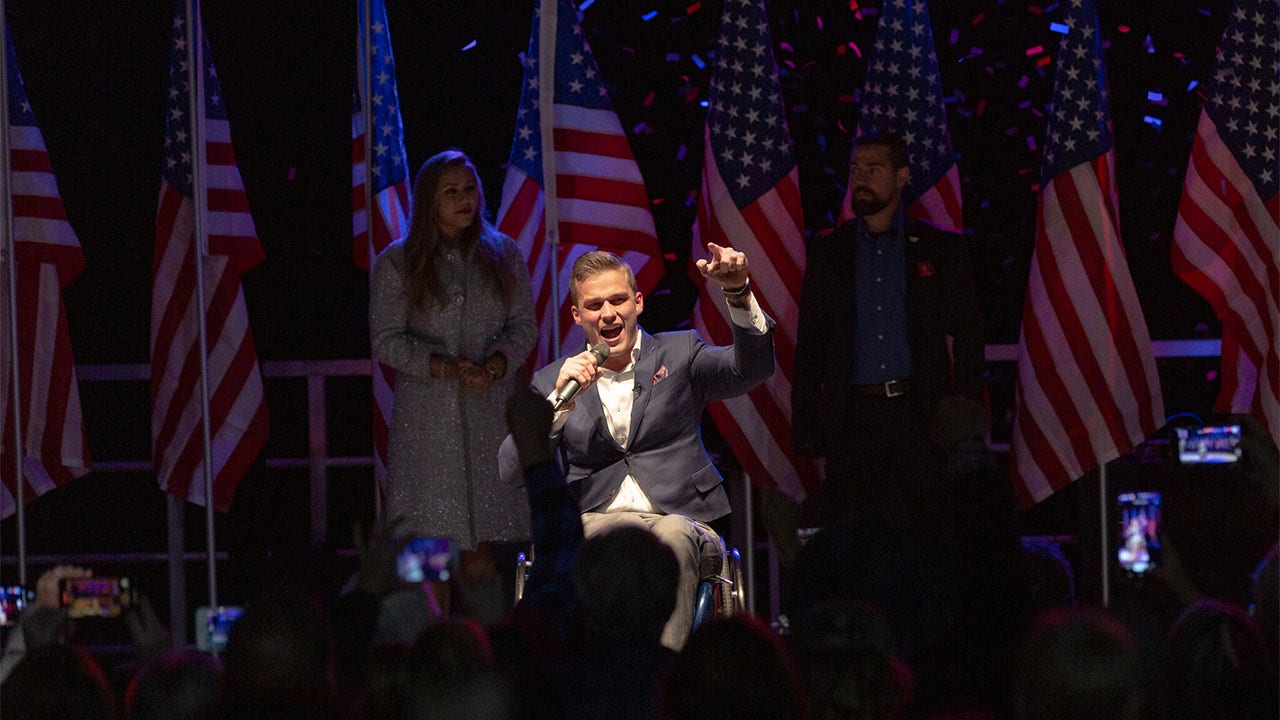 Rep. Madison Cawthorn, R-N.C., didn’t mince words in his first appearance at the Conservative Political Action Conference (CPAC), telling the crowd that “brutal and vicious” Democrats were trying to turn the U.S. into a “Communist ash heap.”

Cawthorn said the U.S. is “walking down a road very near socialism. They are trying to turn this country into a  Communist ash heap. It is not enough take on the status quo and say, I’ll just patiently wait for my time.”

“My friends. If we do that we will not have a country to inherit. We have to make sure our country is responsible or, my friends, we will lose this nation,” he continued.

“They are trying to take away all of our rights and they are playing for keeps,” Cawthorn said. He called for young conservatives like himself to “take responsibility” and make their voice known.

“This new generation of young conservatives, we do not want a seat at the table to talk about, react to what Democrats do, we want to run the whole damn table,” Cawthorn, who became the youngest House member ever to take office this year at 25, told the crowd.

Cawthorn said the “conservative idea” must cease to be “we’re going to come give you our own version of the liberal idea that just costs a little bit less.” Republicans have offered their own cheaper coronavirus relief bills in response to Democrats’ sweeping bills.

SCOTT WALKER AT CPAC SAYS ‘AMERICA IS UNDER SEIGE’

“I’m not going to come up here and promise you free things. As a conservative in government, we believe we are going to offer you something that is immeasurably more valuable– your freedom.”

Cawthorn said many in government are trying to “buy votes” with promises like Medicare-for-All and student loan forgiveness.

“It’s intellectually dishonest to think Americans are too naive to know in the end, we’re the ones who will have to foot the bill,” he continued.

Cawthorn said that the number one principle should be personal responsibility, but Democrats “do not want us to be responsible.”