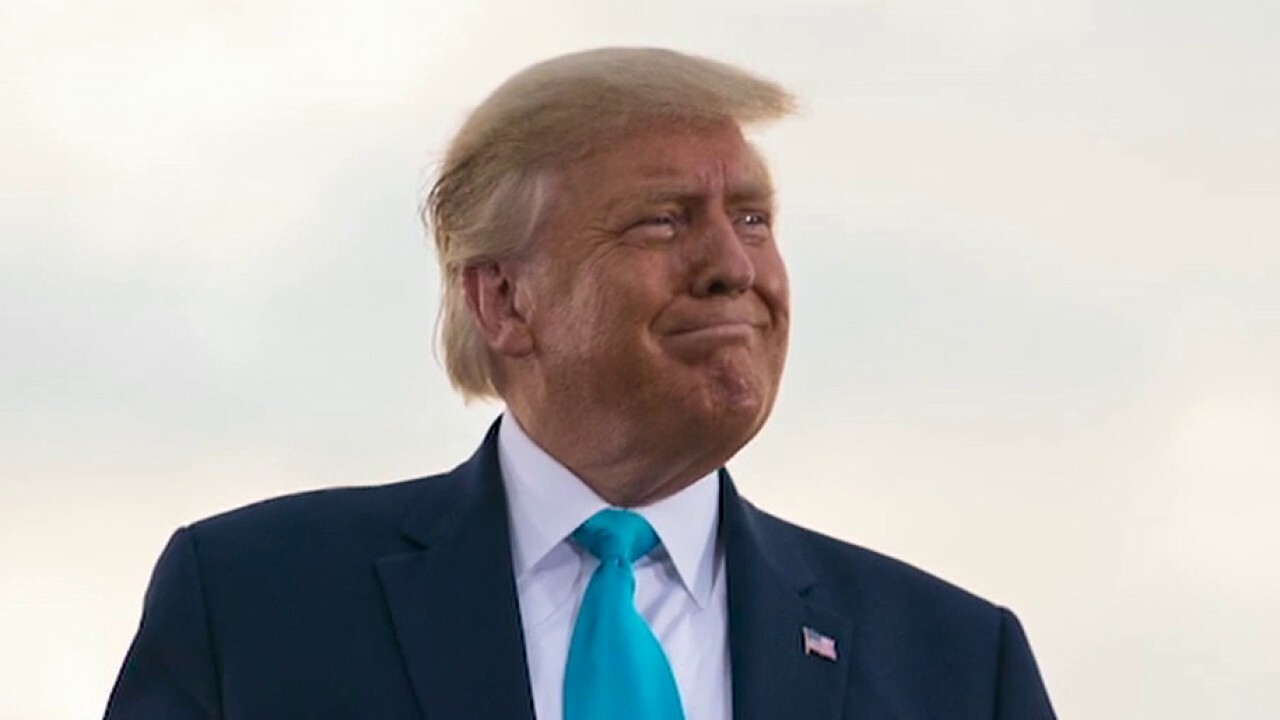 The Fraternal Order of Police endorsed President Trump’s reelection on Friday, saying he has the “full and enthusiastic support” of its more than 355,000 members.

FOP President Patrick Yoes made the announcement Friday morning that the organization, which is the largest law enforcement labor organization in the country, had “unanimously voted to endorse” Trump. The FOP also endorsed Trump in 2016.

“Public safety will undoubtedly be a main focus for voters in this year’s election,” Yoes said. “Look at what the national discourse has focused on for the last six months. President Trump has shown time after time that he supports our law enforcement officers and understands the issues our members face every day.”

Yoes, in a reference to Trump’s response to unrest in America’s cities that has flared since the death of George Floyd in police custody, added that “the FOP is proud to endorse a candidate who calls for law and order across our nation.”

He said the decision was made through “canvassing the more than 355,000 FOP members throughout the country.”

Yoes went on to tout the FOP’s support as “one of the most sought-after endorsements by candidates running for the presidency.”

“We have a responsibility to our members, to the 800,000 sworn law enforcement officers in the United States, and to the communities they serve to do our part in determining the direction in which our country will head,” Yoes added.

The FOP’s endorsement comes after more than 175 current and former law enforcement officers and officials endorsed Joe Biden for president on Friday, while slamming Trump as a “lawless” president.

“It’s ironic that a lawless president claims to be the ‘law and order’ president,” Noble Wray, retired chief of the Madison, Wis., Police Department, said in a statement.

Also on the list of Biden endorsements, however, was Seattle Mayor Jenny Durkan, whose city faced unrest for weeks, with protesters creating their own “autonomous zone” and calling for defunding police.

Another endorsement on the list for the Democratic presidential nominee was the district attorney for Multnomah County in Oregon Mike Schmidt, who made headlines for announcing a new policy that he would not press charges for Portland ordinance violations that did not involve property damage, theft or the use or threat of force against another person, including interference with a police officer or disorderly conduct.

“The crown jewels of Joe Biden’s ‘law enforcement coalition’ are the Portland prosecutor who won’t prosecute rioters and the Seattle mayor who withdrew police from the autonomous zone and abandoned a police precinct,” Trump campaign communications director Tim Murtaugh told Fox News. “If you remove the current and former elected Democrats, he’s down to only a handful of real, actual cops.”

“There’s a reason that all national police organizations, representing more than 900,000 police officers, have endorsed President Trump,” Murtaugh continued. “They know the President has their back and supports law enforcement against the mob.”

Meanwhile, Biden has rejected allegations that he supports defunding the police.

“Let’s get the facts straight, I not only don’t want to defund the police. I want to add $300 million to their local budgets to deal with community policing to get police and communities back together again,” Biden told KDKA this week.