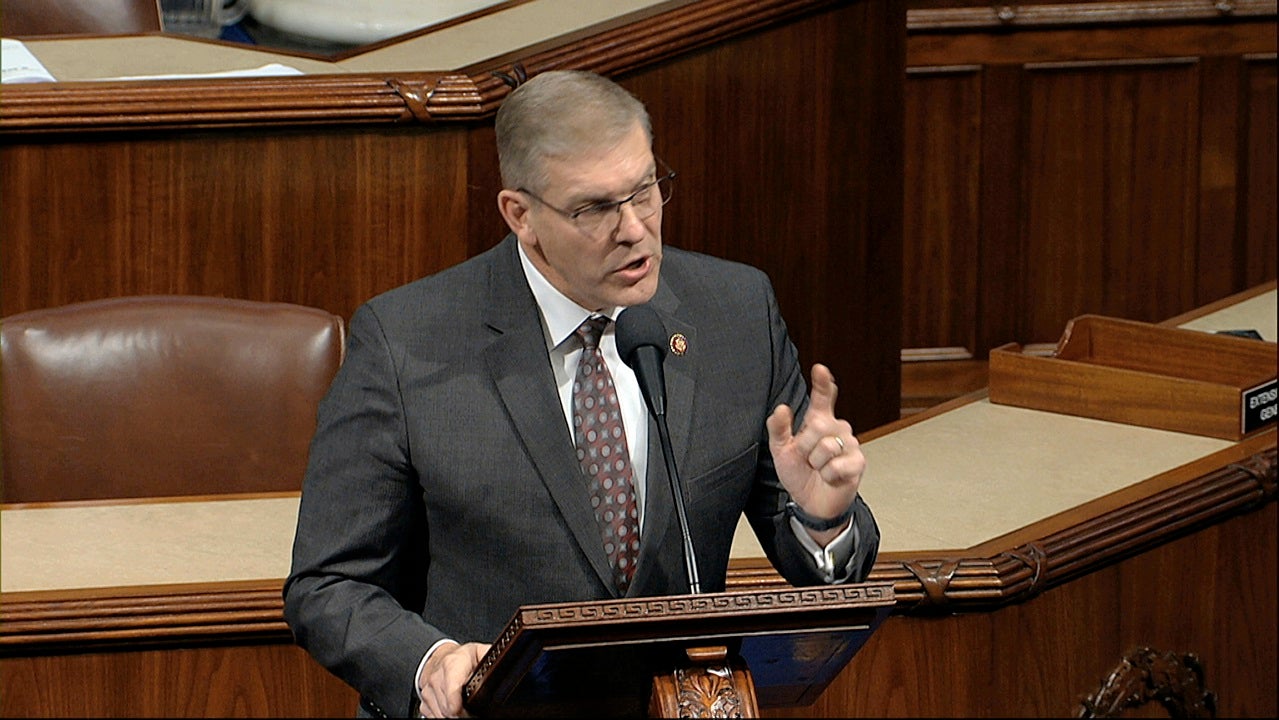 Rep. Barry Loudermilk, R-Ga., compared Democratic-led efforts to impeach President Trump to the treatment of Jesus before this crucifixion during a House floor debate before Wednesday’s impeachment vote.

“When Jesus was falsely accused of treason, Pontius Pilate gave Jesus the opportunity to face his accusers,” Loudermilk told his congressional colleagues. “During that sham trial, Pontius Pilate afforded more rights to Jesus than Democrats have afforded this president in this process.”

Loudermilk claimed Trump has been denied the right to due process and prohibited from calling witnesses to testify behalf of the accused as guaranteed by the Constitution.

He also accused Democrats of preventing Trump from questioning the whistleblower who made the complaint about Trump’s July phone call with Ukrainian President Volodymyr Zelensky that sparked the impeachment inquiry and finding out their identity.

“Before you take this historic vote today, one week before Christmas, keep this in mind,” Loudermilk said. “When Jesus was falsely accused of treason, Pontius Pilate gave Jesus the opportunity to face his accusers.”

The House will vote on two articles of impeachment Wednesday on charges of obstruction of justice and abuse of power in what many expect to be a party-line vote.