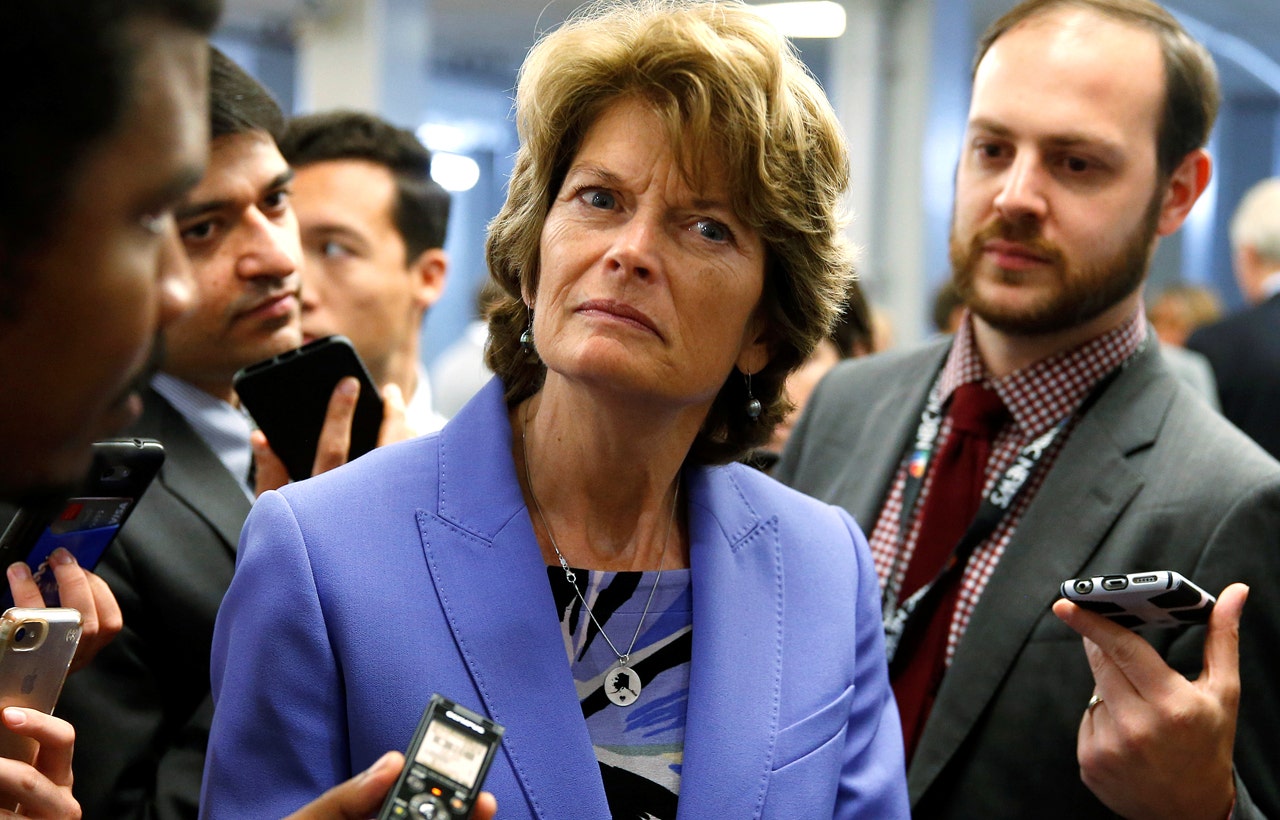 Republican Sen. Lisa Murkowski, a high-profile moderate who now finds herself in the middle of a highly politicized impeachment process, said in a recent interview that she was “disturbed” by Senate Majority Leader Mitch McConnell‘s recent comments vowing cooperation with the White House.

While Murkowski stressed the need for a “full and fair process,” McConnell told Fox News’ Sean Hannity earlier this month that he will be “coordinating” with the White House and that “there will be no difference between the president’s position and our position as to how to handle this.”

REPUBLICANS FUME OVER DEM THREAT OF NEW IMPEACHMENT ARTICLES: ‘TIME TO CUT THEM OFF’

“When I heard that I was disturbed,” Murkowski told local NBC affiliate KTUU in an interview that aired Tuesday evening. “To me it means that we have to take that step back from being hand in glove with the defense, and so I heard what leader McConnell had said, I happened to think that that has further confused the process.”

Murkowski, however, was equally critical of House Democrats led by Speaker Nancy Pelosi for pushing to tackle impeachment on a tight timetable.

“Speaker Pelosi was very clear, very direct that her goal was to get this done before Christmas,” Murkowski said.

And she also pushed back on the Democrats after Pelosi made the abrupt move to sit on the two impeachment articles adopted last week, while her counterparts in the Senate demand that additional witnesses be subpoenaed for a yet-to-be-scheduled Trump trial.

Murkowski argued this indicated the House did not do what was necessary on their end.

“If the House truly believes that they had information that was going to be important, they subpoena them, and if they ignore the subpoena — as they did, at the direction of the White House — then that next step is to go to the courts,” Murkowski explained.

KATIE PAVLICH: PELOSI’S ‘GAME’ OF WITHHOLDING IMPEACHMENT ARTICLES ‘IS BEING EXPOSED AS NOT HAVING MUCH TO STAND ON’

Sen. Ron Johnson, R-Wis., also called out House Democrats for being quick to impeach, only to then have their Senate counterparts ask for more witnesses.

“I just think it’s kind of bizarre they had to rush to this impeachment vote, and then all of a sudden she’s sitting on it,” Johnson told ABC’s “This Week” on Sunday. “I don’t think the Senate should be making the case the House should have made in their presentation. My guess is they weren’t able to make the case

Ultimately Murkowski said, “How we will deal with witnesses remains to be seen.”

McConnell has defended his handling of the process, maintaining that the two chambers — and parties — are at an “impasse” as Pelosi holds onto the articles in hopes of extracting favorable terms for a trial. He’s also responded to criticism that he’s too aligned with Trump. Earlier this week on “Fox & Friends,” he urged lawmakers to quit the “charade” that senators are supposed to be impartial and apolitical about impeachment, arguing it’s clearly a “political” exercise.

Murkowski’s comments, though, are sure to fuel speculation over whether she and a handful of other moderate GOP senators could potentially break ranks on impeachment. (Similar speculation has centered on certain moderate Democratic senators like Alabama’s Doug Jones.)

Unlike other members of the Senate from both parties, Murkowski insists that she has not made up her mind before the Senate trial begins — into whether Trump indeed abused his power and obstructed Congress in regard to efforts to pressure Ukraine to launch politically beneficial investigations.

“For me to prejudge and say there’s nothing there or on the other hand, he should be impeached yesterday, that’s wrong, in my view, that’s wrong,” she said. “If it means that I am viewed as one who looks openly and critically at every issue in front of me, rather than acting as a rubber stamp for my party or my president, I’m totally good with that.”