As conservatives’ fears of election fraud roil Nevada, one of only two states to mail ballots to every voter this election, Nicholas Trutanich, the state’s U.S. attorney, announced Friday that he would appoint a “district election officer” to handle concerns of voter fraud in conjunction with the Department of Justice.

“Every citizen must be able to vote without interference or discrimination and to have that vote counted without it being stolen because of election fraud. The Department of Justice will act appropriately to protect the integrity of the election process,” Trutanich said in a statement.

Earlier this year, Nevada’s Democratic legislature passed a bill to make it a universal mail-in state. Every registered voter is automatically being mailed a ballot. Another notable provision in the Nevada law is that it will allow third parties to collect and hand in ballots on voters’ behalf, a practice detractors call “ballot harvesting.” Previously, only a voter or their immediate family member could return their ballot.

But the Trump team in Nevada said they’ve received dozens of complaints of ballots being sent to the wrong address, names misspelled and other issues. They’ve provided photos of ballots being delivered to the wrong mailbox, or no mailbox at all, and ballots strewn on the ground or resting atop piles of trash.

In Clark County, home to Las Vegas and 70 percent of the state’s electorate, Trump Victory spokesman Keith Schipper said he’s received reports of apartment complexes “being littered with ballots sent to folks that no longer live at the complex or ballots sent to the wrong place.” 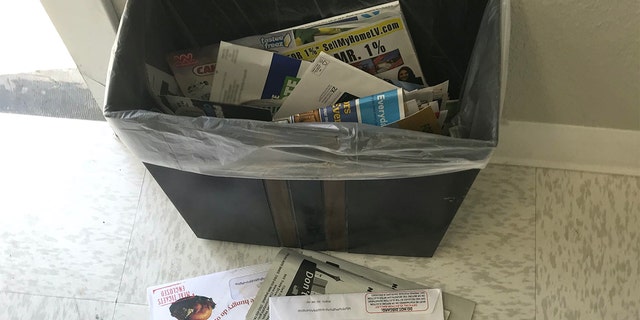 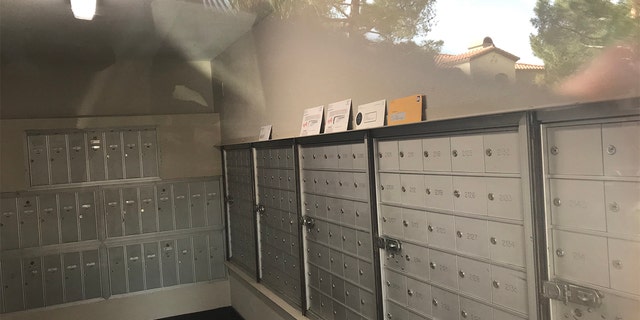 Ballots not delivered to the correct mailbox in Nevada

“Everything that we warned was going to happen is now coming to fruition,” Schipper told Fox News.

The Trump campaign sued Nevada in August over its election plan, claiming universal ballots would undermine the election’s “integrity.”

The untended ballots in Clark County might be the result of 75,000 virtually inactive voters who will receive ballots after the county registrar missed a deadline to remove them from the roll. 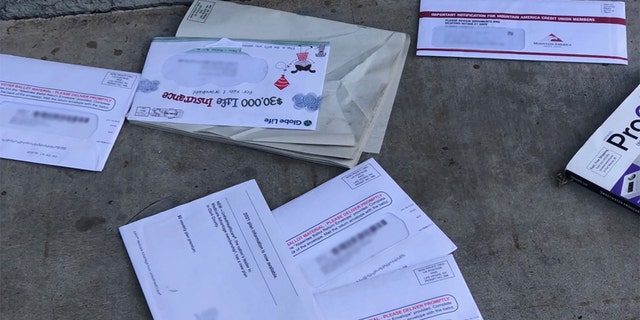 The Clark County Registrar removed these 75,000 voters from the roll after their ballots were returned as undeliverable during the primary, meaning the voter no longer lived at that address. But days after the county removed them from the roll, the Secretary of State forced their voter status to be reactivated because the county had missed a federal deadline to remove them.

“A lot of people are getting multiple ballots because maybe there’s some little change, like their last name is misspelled or something is awry. With multiple ballots it’s confusing to know which is the ballot they’re supposed to turn in,” Schipper said.

In one instance, a former Nevada resident who hadn’t voted since 2016 and moved to Colorado had her ballot forwarded to her. “That isn’t permissible, they’re not supposed to be forwardable,” Schipper said.

TRUMP TEAM THINKS NEVADA IS IN PLAY. IS IT?

In Humboldt County, voters were mailed ballots that had the wrong county listed on their return envelope. Their ballot return envelopes listed “White Pine County.” The county had to mail voters new ballots, along with a letter explaining the issue.

Voters in Lyon County had to be mailed all-new ballots after instruction sheets sent along with ballots were not updated to reflect the new provision allowing any third party to return a ballot.

Former Nevada Attorney General Adam Laxalt believes the careless treatment of ballots in the state could lead to high levels of fraud.

“Nevada is simply not prepared to guarantee a safe and free election,” Laxalt told Fox News.

He first points to the state’s identity verification, which is done, in Clark County, through a machine that verifies ballot signatures match the signatures on record. But, the county lowered the accuracy of the signatures to pass to 40 percent. If a signature is a 40 percent match of the one on record, the ballot is accepted.

NEVADA MAIL-IN VOTING: WHAT TO KNOW

“What does that mean? There’s no written standard that defines it,” Axalt said of the “multiple, significant” difference rule to allow a ballot to be challenged. “And when’s the last time you signed your signature at the DMV? The whole match system is inherently unreliable.”

“Plenty of people have their kids go off to college and their ballots mailed to their house, quite obviously that parent can’t vote for their kids, that’s illegal. Do you honestly think that doesn’t happen sometimes? That people aren’t filling out ballots for other people?” he continued.

“I get people all the time, they’ll text me or email me. they’ll say I got all these extra ballots at my house, I got [ballots for] kids that haven’t lived here in six years, what are we supposed to do with these?” Axalt said. “Most are going to be honest but again it doesn’t take much for a percentage of the population to be dishonest and to vote improperly.”

“Even if you think it’s one or two percent,” who might vote improperly, Axalt continued, “That’s 10,000 votes or 20,000 votes. There’s a presidential election.”