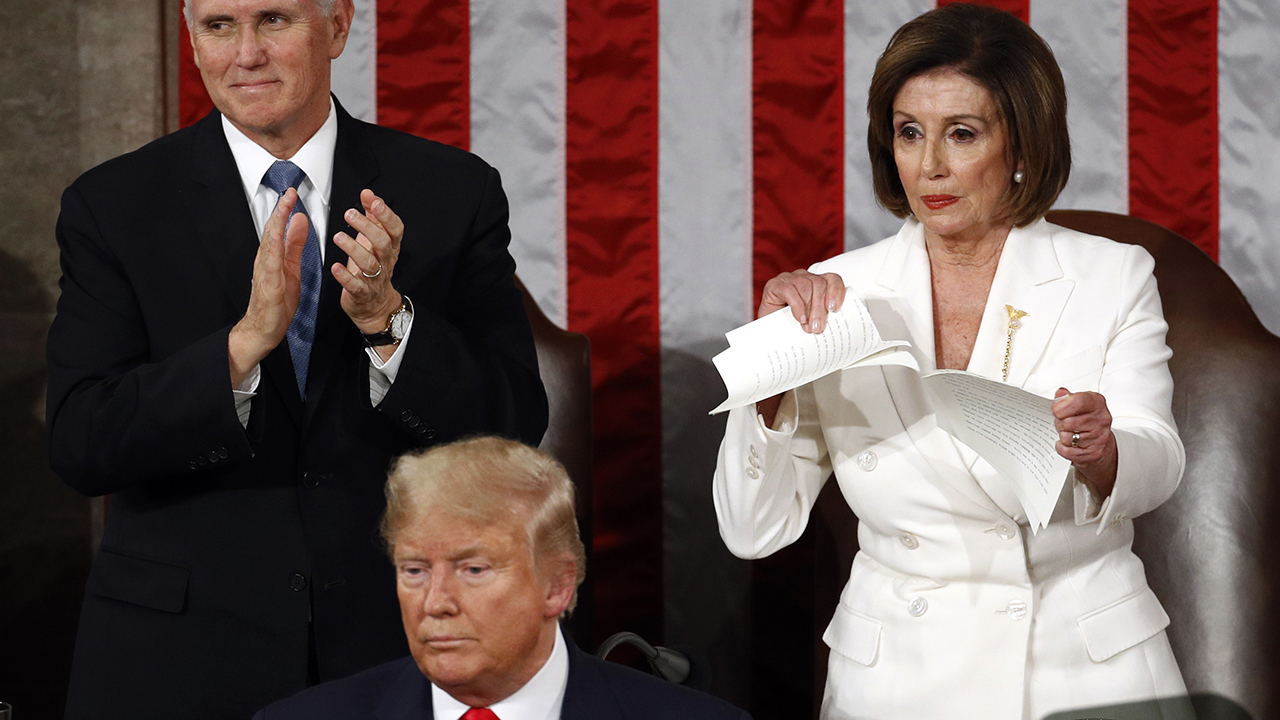 Former Speaker of the House Newt Gingrich said he was “disgusted and insulted” after seeing House Speaker Nancy Pelosi tear up her copy of President Trump’s State of the Union speech following his remarks Tuesday evening.

“As Speaker of the House for four State of the Unions by a President of the other party I am disgusted and insulted by the viciously partisan action of Nancy Pelosi tearing up the speech,” Gingrich tweeted late Tuesday. “She isn’t clever or cute her childishness insults our American traditions -should be censured.”

Pelosi’s move sparked outrage from many others on the right as well, including former U.N. Ambassador Nikki Haley, House minority whip Rep. Steve Scalise, R-La., and the White House, which claimed the speaker had disrespected those honored in Trump’s speech.

Pelosi told Fox News she ripped up the speech “because it was the courteous thing to do considering the alternatives. I tore it up. I was trying to find one page with truth on it. I couldn’t.”

Before his speech, Trump also appeared to reject Pelosi’s offer of a handshake.

Gingrich’s call to censure Pelosi comes just a day after Sen. Joe Manchin, D-W.Va., prepared a censure resolution for Trump that was rebuffed on both sides as the president faces a nearly certain acquittal in his impeachment trial Wednesday.