Pentagon press secretary John Kirby on Friday described the Taliban‘s “concerning” advancement in Afghanistan as the U.S. military pulls troops out of the country after 20 years.

Government officials on Friday dismissed the Taliban’s claim that it had taken control of 85% of territory in Afghanistan, saying it was part of a propaganda campaign, according to Reuters.

“What we have seen is a deteriorating security situation on the ground — no question about that —  that the Taliban continues to take district centers,” Kirby said in a Friday morning interview with CNN. “We are seeing them continue to advance on district centers around the country, and it is concerning.”

The U.S. Central Command (CENTCOM) estimates that it has completed more than 90% of the withdrawal process, the command said in a July 6 update. 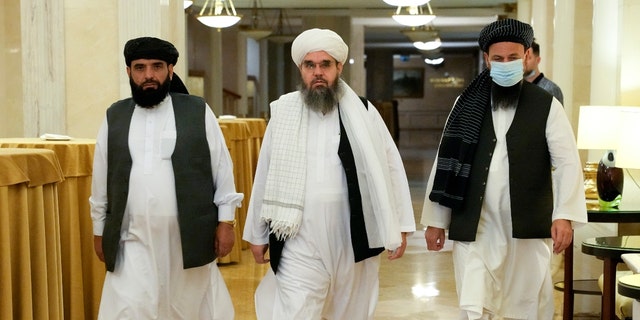 The Foundation for Defense of Democracies’ (FDD) “Long War Journal” described the security situation in Afghanistan as “rapidly” deteriorating, noting that in the six days ending July 5, the Taliban had taken control of nearly 10% of the entire country.

In total, the Taliban controls 195 of Afghanistan’s 407 districts and contests another 129 as of July 5 compared to its control of just 73 and contest of 210 on May 1, according to the FDD’s real-time assessments.

Kirby could not “validate” the Taliban’s claims regarding the amount of territory it has taken control of in his interview but noted that “claiming territory or claiming ground doesn’t mean you can sustain that or keep it over time.”

The Pentagon told Fox News it had nothing further to add and pointed to Kirby’s comments made during a Thursday press briefing.

“We are mindful of the security situation, we are mindful of the Taliban’s advances, and that’s why it’s so important to continue to press for a negotiated political settlement to this war,” he said during the briefing, adding later that Afghanistan’s future should be determined by Afghans.

Kirby echoed that sentiment in his televised interview, saying Afghan forces must “show the capacity and the capability that we know that they have.”

“They are brave. They are fighters. They have taken a lot of casualties over the last year. And we know that they’re willing to defend their country. And we’re going to help them do that. But really, it’s their job to do that now,” he said.

BIDEN SAYS AFGHANISTAN INTERPRETERS WELCOMES IN THE US

President Biden on Thursday pledged to bring home American troops by Aug. 31 and defended his bipartisan decision to do so despite some critics who say the move could “create problems.”

Lawmakers and veterans alike have been pressuring Biden to offer further details on how he intends to help thousands of Afghans who helped the U.S. military as translators, drivers and in other jobs who now fear they will be targeted by the Taliban after U.S. troops leave.

Earlier this week, Iowan and Afghanistan interpreter Zalmay Niazy, who faces deportation due to an interaction he had with the Taliban as a child, said on Tuesday that being forced to leave the United States would be a “death sentence.”

The White House says the administration has identified facilities outside of the continental United States, as well as third countries, where evacuated Afghans could potentially stay while their visa applications are processed. Biden said that 2,500 Afghans have been granted special immigrant visas since he took office in January.

“Our message to those women and men is clear,” Biden said. “There is a home for you in the United States if you so choose. We will stand with you, just as you stood with us.”

Fox News’ Bradford Betz and The Associated Press contributed to this report.