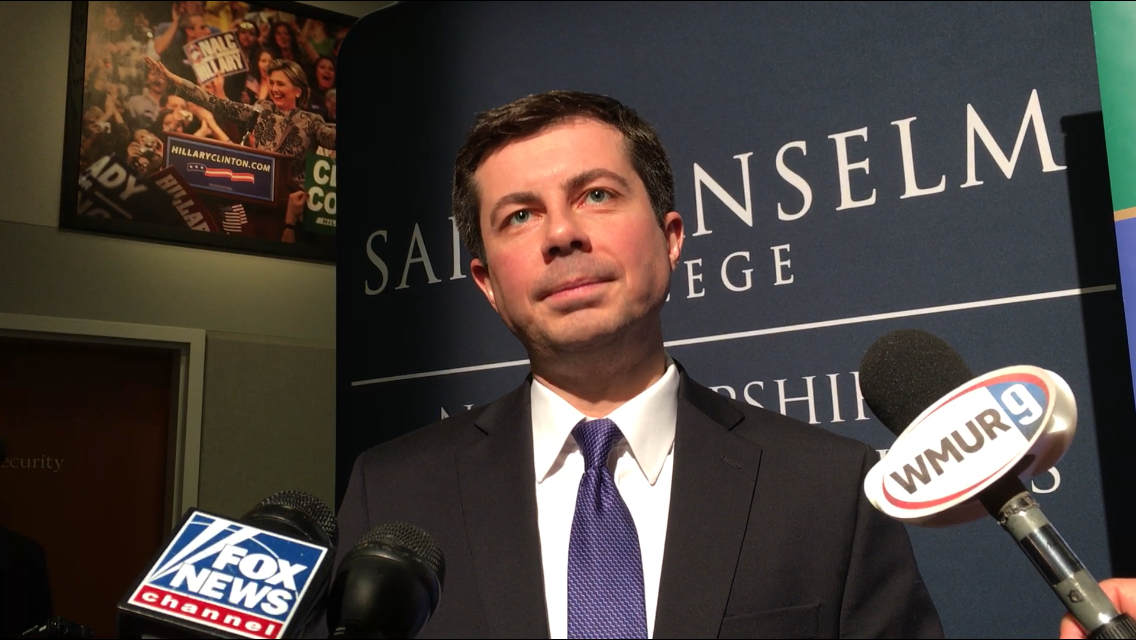 South Bend, Ind., Mayor Pete Buttigieg faced a flurry of criticism on Christmas day after he suggested that Jesus Christ entered into the world as a refugee.

“Today I join millions around the world in celebrating the arrival of divinity on earth, who came into this world not in riches but in poverty, not as a citizen but as a refugee,” he tweeted.

His tweet came just days after the 2020 presidential candidate released his plan calling for a significant increase in refugee admissions and setting an admissions minimum of 95,000.

Buttigieg’s policy paper specifically recalls Biblical language to support his vision for immigration. “I was a stranger and you welcomed me,” the paper says, referring to a passage from the Gospels.

But conservatives argued Buttigieg’s understanding of the Bible was off the mark.

“Joseph and Mary went to their ancestral home in Bethlehem for a census,” conservative commentator Matt Walsh tweeted.

“[I]n no sense did Jesus ‘come into this world as a refugee.’ There’s also no reason to think that Joseph was particularly impoverished. So nothing about this tweet is correct,” he added.

PETE BUTTIGIEG: REPUBLICANS WILL FACE ELECTORAL ‘RECKONING’ FOR VOTING TO ‘TAKE  FOOD AWAY FROM THE HUNGRY’

He argued Jesus wasn’t a refugee when his family fled to Egypt, either, as “Egypt was a Roman territory.”

Then-Pope Benedict XVI, though, reportedly claimed in 2012 that because Jesus’ parents took refuge in Egypt, the “Messiah, the son of God, was a refugee.”

NFL player Benjamin Watson also criticized the mayor’s tweet. “Jesus was not born a refugee. Read the text,” Watson tweeted. “But indeed he was God incarnate born in humble surroundings, in fulfillment of prophecy, on mission to save all mankind. Merry Christmas!”

Buttigieg’s campaign did not immediately respond to a request for comment. This wasn’t the first time Buttigieg, an Episcopalian, faced a backlash for invoking Christianity to make a policy argument. He previously argued that Republicans were hypocritical for pushing biblical values while also taking “food away from the hungry.”

“I really think there has to be a reckoning about this … for the party and the movement known for beating other people on the head with their faith — or their interpretation of their faith,” he previously told MSNBC. He also suggested religious Republicans contradicted themselves when they defended family separation at the border.

“If the person politicizing Christmas doesn’t believe faith in Jesus is necessary for salvation, if they don’t view the Bible as authoritative, if they can’t even articulate the gospel message, their insistence upon Jesus being a refugee should be the least of their worries—& ours,” she tweeted.

While Stuckey didn’t mention Buttigieg by name, her tweets came amid the controversy surrounding the candidate’s tweet.