The Republican party, according to some, faces an uncertain and concerning future after President Trump lost the election.

Not according to Rep.-elect Blake Moore, R-Utah.

In an interview with Fox News, the incoming congressman said he’s “excited to be a part” of where the GOP is headed and lauded the caliber of the other members of his freshman class of Republican representatives.

“We’re already seeing our freshman class being just bursting at the seams with females, minorities and veterans,” Moore said of the group that’s been hailed as a triumph of candidate recruitment. House Minority Leader Kevin McCarthy, R-Calif., dubbed 2020 “the year of Republican women.” 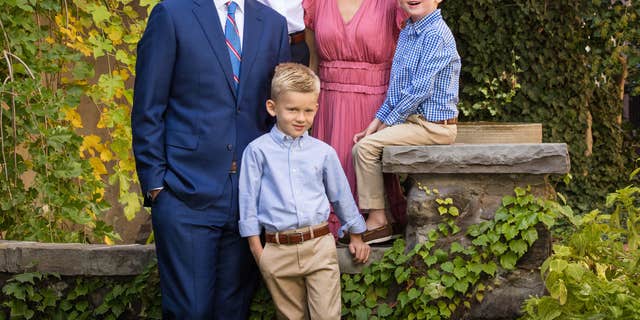 Earlier this year, Republicans were crowing about their new class of candidates, including Rep. Mike Garcia, R-Calif., Rep.-elect Maria Salazar, R-Fla., and Rep-elect Mary Miller, R-Ill. Nevertheless, many predicted a bloodbath for down-ballot Republicans on Election Day. Instead, the GOP picked up a slew of seats across the country and slimmed down the Democratic House majority significantly.

DEMOCRATIC REP.-ELECT KAI KAHELE, COMBAT VETERAN, SAYS TRUMP SUPPORTERS ARE ‘A FORCE TO BE RECKONED WITH’

“It’s exciting to kind of be a part of that and making sure that what I believe, you know, that conservative principles are big tent ideas, that a strong economy leads to progress for everyone… that’s what I envision for the Republican party going forward,” he said. “I think we’ve already started to see some of that momentum.”

Moore is in what could be seen as an awkward position – he was endorsed by Trump but is also a member of the Utah congressional delegation with Sen. Mitt Romney, R-Utah., who the president has made very clear he dislikes. But Moore, at least politically, sees the future of the GOP as something greater than any “individuals.”

“No one person makes up a party,” Moore said.

Instead, he believes that the GOP is in a position to rally around “aspirational, pro-growth and inclusive policies” in the coming years. He said he wants the GOP to be “focused heavily” on “what I believe conservative principles do for our country.” 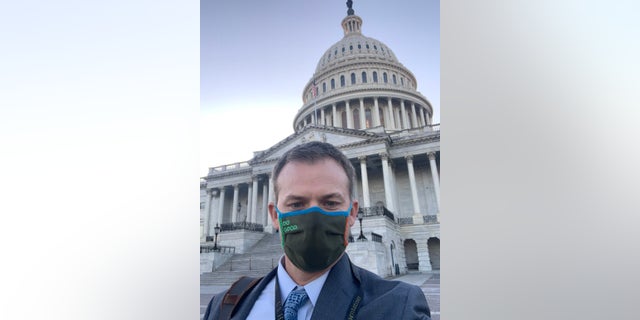 Rep.-elect Blake Moore, R-Utah, is part of a class of freshman GOP lawmakers that’s much larger than anticipated after the party outperformed expectations in down-ballot races on Nov. 3. (Blake Moore)

HOW DO YOU CHANGE THE GOVERNMENT? REP.-ELECT MATT ROSENDALE, PLAYING LONG GAME, SAYS ‘ONE BITE AT A TIME’

A member of the Church of Jesus Christ of Latter-Day Saints, Moore advocates “supporting families” and is both “pro-life” and “pro-adoption.” He also supports the Second Amendment and securing the southern border.

Moore’s a management consultant and says that background could help him if he ends up on the Financial Services Committee. Moore in his campaign prioritized efforts to strengthen the economy, including by cutting regulations.

Moore also was previously a foreign service officer in the State Department and says he’d be interested in the work of the Foreign Affairs Committee. In his interview with Fox News, he said the U.S. relationship with China needs to be addressed.

KANSAS REP.-ELECT TRACEY MANN SAYS US MUST HOLD CHINA, OTHERS ACCOUNTABLE TO TRADE DEALS FOR GOOD OF FARMERS

He added that “intellectual property rights… are constantly under attack” from China and that the U.S. needs to be “heavily focused on” the South China Sea.

“We need to make sure that our Southeast Asia allies… that we’ve got a strong relationship and we make sure that they have what they need to be able to thrive and what’s rightfully theirs,” Moore said.

Moore represents Utah’s 1st Congressional District, which includes the northern part of the state. He says he’ll aim to represent the agriculture and tourism industries there in Congress, but added that among his top priorities will be the military. Hill Air Force Base, one of the largest Air Force bases in the U.S., is in his district.

“It’s obviously got an enormously important military installation, Hill Air Force Base. It’s kind of been a beacon for Northern Utah for decades and kind of a piece of pride for the whole community,” Moore said. “The defense industry in Utah is very strong.”

To serve his constituents in a diverse district, Moore says he’ll emphasize his work in Utah as much as he does his work in D.C.

“I’m really excited about digging in and creating really good relationships with our local leaders back in the district. And I think some of the best policies that ever would bubble up to the floor of Congress are going to be generated from that base of support,” Moore said. “From mayors to county commissioners to local legislators to community activists… leaders across the nonprofit world.”

Moore added: “Being a conservative means looking out for the economy and your neighbor.”