Members of the progressive “Squad” in the House on Thursday introduced their own bill to send $2,000 stimulus checks to Americans after President Trump this week demanded the $600 checks included in Congress‘ stimulus deal be increased to that number.

“This holiday season, families are being forced to make incredibly difficult decisions, such as whether they should keep their lights on or buy groceries,” Tlaib said in a statement. “Providing $2,000 survival checks would give those struggling right now a lifeline as we continue to fight to defeat COVID-19. It’s time for Trump to stop bluffing and get the members of his party in line so that the government can provide this long-overdue relief to people across the country during this time of great need.” 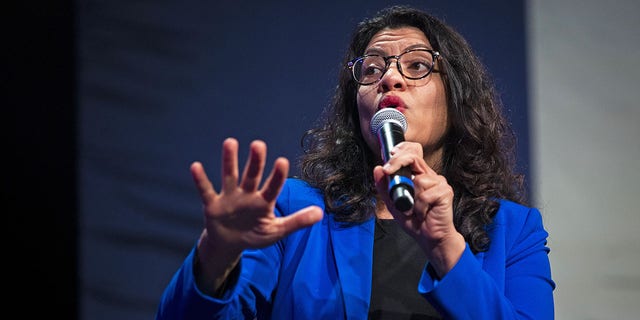 Representative Rashida Tlaib, a Democrat from Michigan, left, speaks during a panel discussion during a campaign event for Senator Bernie Sanders, an independent from Vermont and 2020 presidential candidate, in Clive, Iowa, U.S., on Friday, Jan. 31, 2020. Tlaib was one of the co-sponsors of a bill for $2,000 stimulus checks that was introduced Thursday. Photographer: Al Drago/Bloomberg via Getty Images

Added Pressley: “We’ve been fighting all along for robust survival checks to help people meet their most basic needs, and the broad support that has emerged is a testament to the power of the people and the urgency of this moment. $2,000 in direct cash assistance will help families weather the crisis while we continue fighting for additional relief that meets the scale and scope of the hurt so many are feeling. Let’s get it done.”

The bill from the “Squad” members is different from a separate bill introduced by Rep. Richard Neal, D-Mass., that would do essentially the same thing. Neal’s bill would simply change the numbers in the coronavirus stimulus bill to say $2,000 instead of $600, and would only come into effect if the stimulus and government funding package Congress recently sent to the president is signed into law. The printed legislation was flown to Mar-a-Lago, where Trump is spending Christmas.

The “Squad” bill however is independent of the rest of the stimulus and directly amends the Internal Revenue Code’s wording as it stands currently after the stimulus Congress passed earlier this year. Therefore that bill could be enacted on its own. 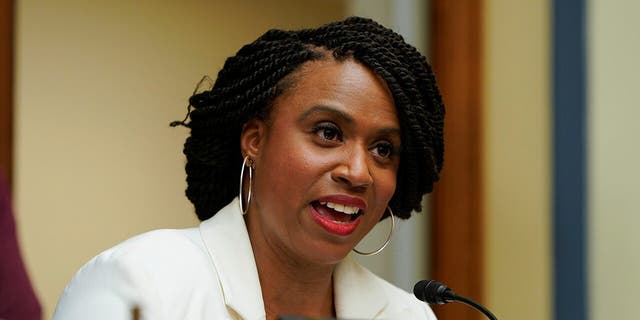 Rep. Ayanna Pressley, D-Mass., is one of the sponsors of a bill to send Americans $2,000 stimulus checks independent of the other coronavirus-related aid. (Reuters)

No matter what legislation the House passes on stimulus checks, it faces a tough road ahead in the Senate. Republicans in the upper chamber have been on a different page than the president throughout the coronavirus stimulus efforts and widely opposed $2,000 checks.

Democrats will vote on Monday after 3 p.m. on bigger stimulus checks and will also vote to override Trump’s veto of the National Defense Authorization Act. House Republicans blocked a Democrat effort to provide the $2,000 checks on the floor Thursday.

Democrats, meanwhile, blocked a GOP effort to address the other part of Trump’s twofold objections to the government spending package – foreign aid. House Minority Leader Kevin McCarthy, R-Calif., accused Democrats of having “selective hearing” for only wanting to address the checks and not the foreign aid.

Trump’s apparent decision not to sign the massive coronavirus stimulus and government funding package that lawmakers sent to him puts the government at risk of shutting down yet again.

The government is currently operating on a one-week stopgap bill that was meant only to give Trump time to sign the funding package, which members of Congress say they’d been assured he would.

Trump could also potentially use a rare pocket veto on the legislation. The current congressional session ends on Jan. 3, which means if Trump does not sign or veto the spending and stimulus before then it essentially vanishes into thin air, bringing Congress back to square one.

Some in Congress are still hoping Trump will sign the government spending and coronavirus aid package. But it’s not clear exactly what the president’s plans are.

“I have no idea what he plans to do,” Blunt said Thursday.