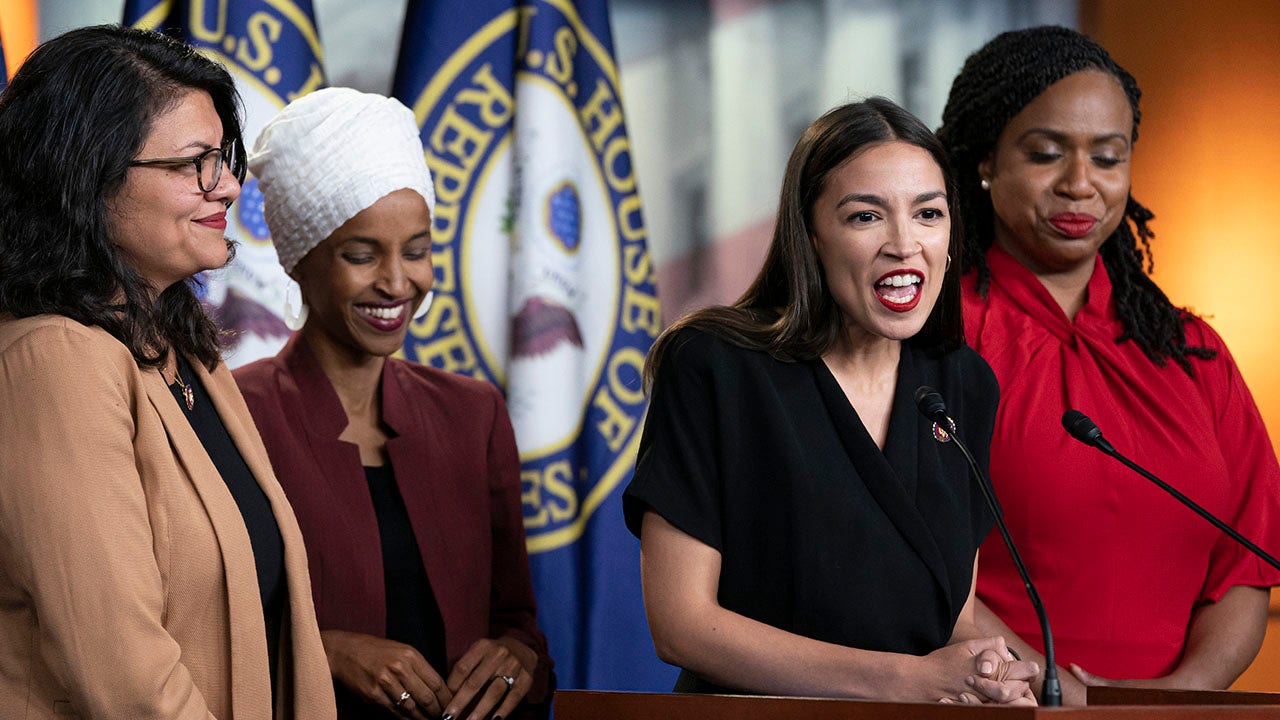 The group of far-left freshman congresswomen known as the “Squad” may have feuded with House Speaker Nancy Pelosi in the past, but they showed solidarity with the Democratic leader after she made a public display of tearing up a copy of President Trump’s State of the Union address Tuesday night.

Reps. Ilhan Omar, D-Minn., Rashida Tlaib, D-Mich., Alexandria Ocasio-Cortez, D-N.Y., and Ayanna Pressley, D-Mass., all reacted with apparent endorsements of Pelosi’s actions. While the House speaker drew criticism from Republicans, Tlaib — who walked out mid-speech — said she would have gone even further.

“I would have shredded it,” she tweeted.

Omar tweeted a gif of Pelosi’s past State of the Union behavior to show her appreciation.

Ocasio-Cortez, who has been vocal in the past in clashing with Pelosi, retweeted video of the speaker’s actions, letting an emoji sum up her amazement.

Pressley was a no-show at the event but retweeted an enthusiastic post from her policy adviser Lynese Wallace.

Despite her absence at the State of the Union, Pressley delivered the official response from the Working Families Party, accusing Trump and his administration of “racist, xenophobic, hateful rhetoric.”

Just last year, the four congresswomen had appeared to have been in Pelosi’s crosshairs, when the speaker spoke dismissively of them in a New York Times interview. After the “Squad” opposed a border funding bill, Pelosi told the Times: “All these people have their public whatever and their Twitter world, but they didn’t have any following. They’re four people, and that’s how many votes they got.”

Ocasio-Cortez and Tlaib both accused Pelosi of singling out women of color.

Pelosi and the “Squad” have demonstrated that they can put their differences aside for the common goal of opposing the president. Tuesday night’s State of the Union appeared to provide them with another opportunity to do just that.

Trump, meanwhile, has responded to Pelosi by retweeting messages calling out Pelosi for her behavior, many bearing the hashtag #PelosiTantrum.