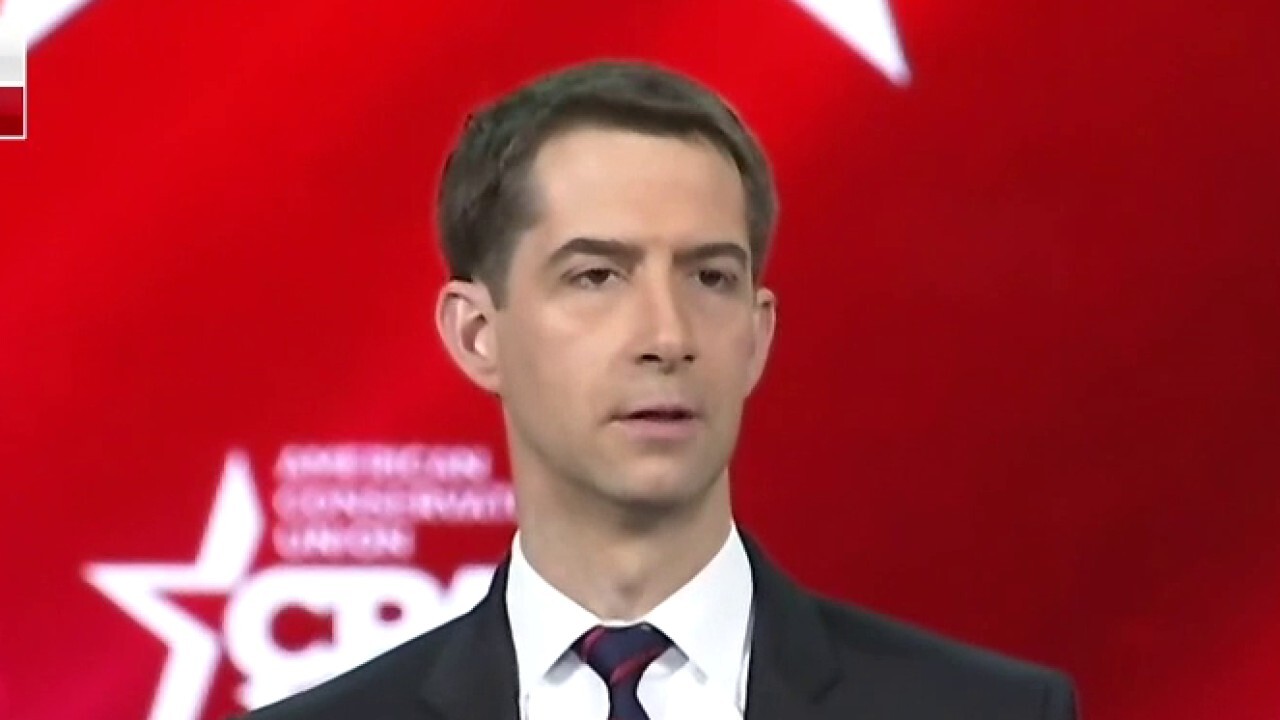 Sen. Tom Cotton of Arkansas repeatedly took aim at Democrats and liberals and vowed that conservatives “will never surrender” during a speech Friday at the Conservative Political Action Conference.

Cotton, an Army veteran who served in the Iraq War and who’s a potential 2024 Republican presidential contender, told the audience that “when America is under assault and conservatives are under attack, we will never retreat. We will never surrender.”

“I will never apologize for defending America,” Cotton said in an address that emphasized his support for law enforcement and was a patriotic defense of the nation’s flag.

And taking aim at those on the left in politics and in the media, the senator stressed that “we will never bend the knee to a politically correct mob, ever.”

Cotton, a strong supporter of former President Trump who broke with the then-president over the Jan. 6 insurrection at the U.S. capitol by right-wing extremists and other Trump supporters, spotlighted that “2020 was one of the best elections we ever had with Hispanic voters in particular and immigrant voters in general.”

He told the story of a first generation immigrant named Manuel who along with his whole family voted for Trump last year. Cotton said that Manuel pointed to his new pickup truck and noted that both of his boys had full time jobs. “Like so many Americans across the country he said ‘we have Donald Trump to thank for those things,’” the senator emphasized.

The conference, known by its acronym CPAC, is the largest annual gathering of conservative activists and leaders. Fox Nation is a sponsor of CPAC 2021.