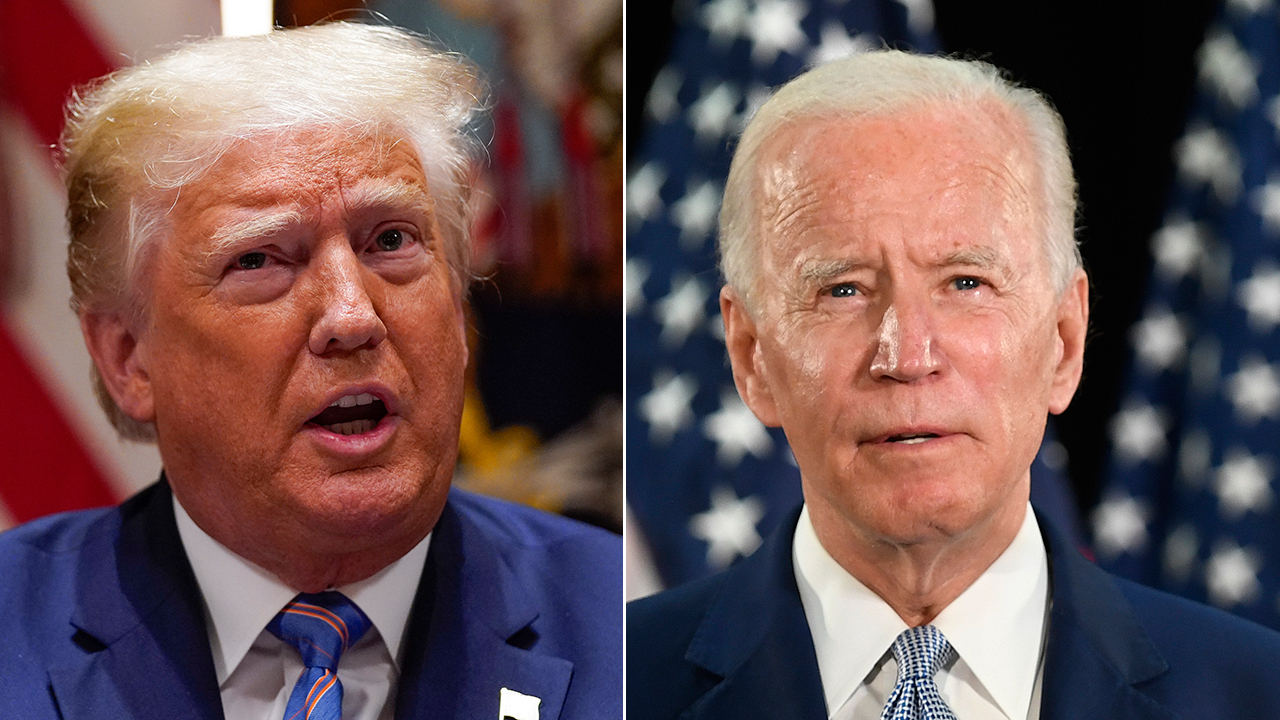 President Trump says his re-election campaign effectively “starts” Saturday night at a heavily promoted rally in Oklahoma — his first since the coronavirus pandemic largely shut down the country and the presidential race.

The president actually kicked off his campaign a year ago. But this weekend’s planned rally does appear to coincide with a surge in voter outreach efforts, indicating that after an unprecedented freeze on campaigning, the 2020 battle is restarting in earnest.

The Trump campaign has touted more than 1 million ticket requests for the rally set to be held in Tulsa on Saturday night. But while the campaign prepares for what they call a “festival-like” event, the Republican National Committee already has intensified its ground game in key states.

The RNC and its joint committees with the Trump campaign held a “Summer Kick-Off” last weekend to resume in-person campaigning, where volunteers across the country participated in door-knocking, phone calls, in-person volunteer training sessions to show their support.

An RNC official told Fox News that the Trump Victory field team had a “massive showing” their first weekend back at in-person campaigning, with nearly 9,000 volunteers participating.

Volunteers made more than 3 million phone calls to voters, knocked on more than a quarter of a million doors, and held nearly 600 Trump Victory “Leadership Initiative” training sessions with more than 3,000 attendees, Fox News is told.

As for the in-person trainings, the Trump Victory teams only held those activities in states that allowed gatherings. An RNC official told Fox News that GOP staff and volunteers adhered to local guidelines and took precautions, such as abiding by capacity limits, wearing masks and maintaining social distancing.

“Under President Trump’s leadership, America is again open for business,” RNC Chairwoman Ronna McDaniel told Fox News. “And, in accordance with local guidelines, President Trump’s volunteers are back out in force knocking on doors.”

McDaniel added that the RNC’s volunteers “are building upon the relationships they made while working virtually to continue to help their neighbors, support their communities, and make a difference in peoples’ lives.”

“Just as Trump Victory was able to transition to virtual campaigning in less than 24 hours, our teams across the country will seamlessly adapt again just as efficiently,” Merritt said.

Part of the virtual campaigning included holding food drives and making and delivering masks, an RNC official told Fox News, noting that their staff and volunteers “stepped up in their communities throughout the pandemic in a big way.”

BIDEN FUNDRAISING SURGE: CAMPAIGN AND DNC HAUL IN MORE THAN $80 MILLION IN MAY

The official told Fox News that the Trump Victory committee has engaged and trained more than 100,000 Neighborhood Team Leaders for the 2020 cycle, who are helping lead a grassroots effort of more than 1 million volunteers.

The campaign and the party last weekend also hauled in a whopping $14 million in a drive coinciding with Trump’s 74th birthday.  The Trump campaign and the RNC have roughly $255 million cash on hand, compared with the approximately $100 million the Joe Biden campaign and Democratic National Committee have on hand.

Biden and his party, however, still hauled in a stunning $80 million in May.

Indeed, the Trump campaign and the RNC aren’t the only ones charging into the next phase of the campaign cycle.

The program, according to the Biden campaign, roughly doubled the number of on-the-ground field organizers across the states in coordination with state Democratic parties — though the campaign has faced criticism of being slow to hire in some battlegrounds.

A Biden campaign official told Fox News there are hundreds of staff on the ground in those “Battleground Build-Up” states engaged in “crucial voter contact,” including training volunteers and talking to swing voters.

While the Biden campaign and the DNC are doing less in-person campaigning than their Republican counterparts, they have also hit fundraising milestones—including the $80 million haul in May.

The former vice president’s campaign touted that half its donors last month were new, with 1.5 million new contributors “in the past few weeks.” Biden aides also spotlighted that they’ve tripled the number of online donors since February.

The haul by the Biden campaign and the DNC is an increase of more than $20 million from the combined $60.5 million they separately raised in April.

Meanwhile, the campaign has invested $15 million this week in television, digital, radio and print ads that kick off Friday for five weeks. The spots will run in six key general election battleground states won by Trump in 2016—Michigan, Pennsylvania, Wisconsin, Florida, Arizona, and North Carolina. Both English and Spanish spots will air in Florida and Arizona.

A Biden campaign spokesperson told Fox News that they are staffing up in those key states, including Arizona, hiring new senior advisers, state directors and state strategy and program directors.