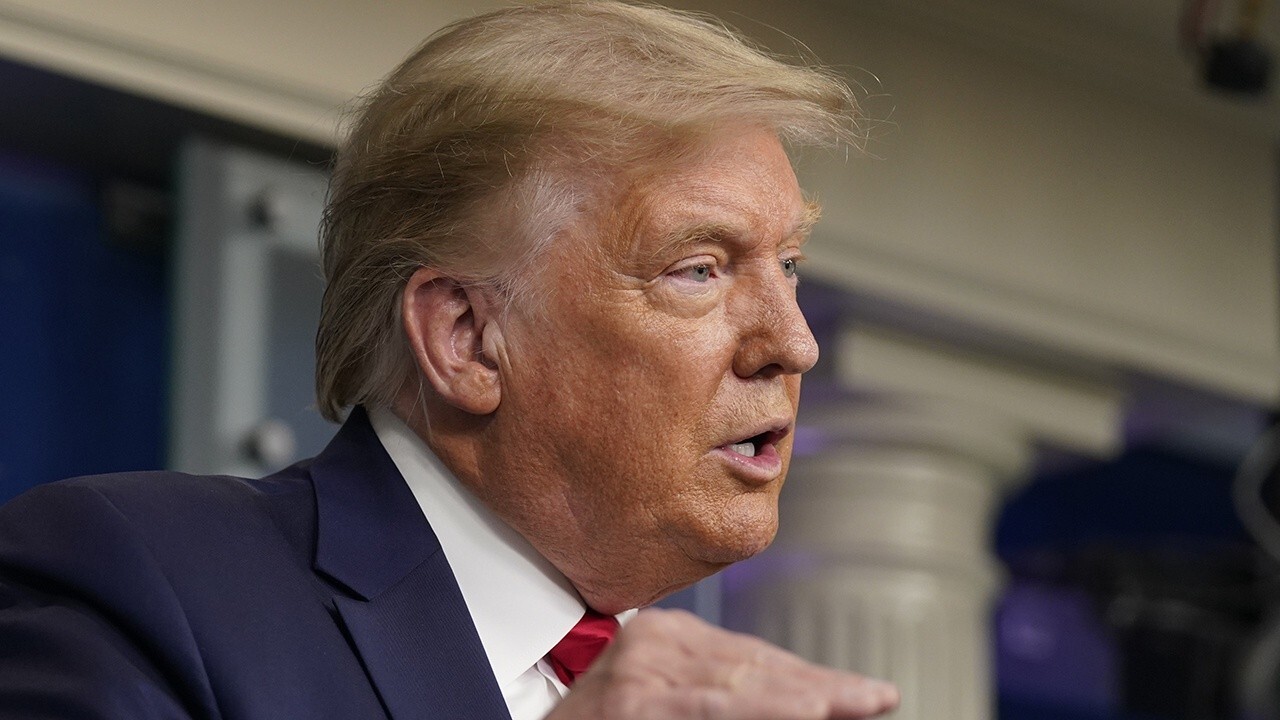 President Trump signaled expectations that a provision to rename military bases named after Confederate leaders will not make the final version of the National Defense Authorization Act, despite the House and Senate overwhelmingly approving such defense legislation this week with veto-proof majorities.

Trump, who previously has threatened to veto legislation to rename such bases, tweeted Friday that he’s found an ally in Sen. Jim Inhofe, who serves as chairman of the Armed Services Committee that manages the bill.

“I spoke to highly respected (Chairman) Senator Jim Inhofe, who has informed me that he WILL NOT be changing the names of our great Military Bases and Forts, places from which we won two World Wars (and more!),” Trump tweeted. “Like me, Jim is not a believer in ‘Cancel Culture.'”

However, it’s not solely up to Inhofe, R-Okla., on what the final version of the bill looks like.

The Senate overwhelmingly Thursday passed the National Defense Authorization Act by an 86-14 vote that included the Confederate renaming provisions. The House earlier this week passed its own version of the defense bill – also by a veto-proof margin of 295-125 — that would likewise force the military to remove Confederate leaders from the names of bases, such as Fort Bragg in North Carolina and Fort Hood in Texas.

Both chambers of Congress must now hash out a unified version of the bill and pass it again, which most likely will not occur until the fall. To do so, the House and Senate will form a conference committee to work out the differences of their two bills. Inhofe is expected to be a member of that joint committee.

Inhofe said in an interview with The Oklahoman that he spoke to Trump on Thursday and predicted the removal of the provision that requires the 10 military bases named after Confederate generals to be renamed.

“We’re going to see to it that provision doesn’t survive the bill,” Inhofe told the paper. “I’m not going to say how at this point.”

A spokeswoman for Inhofe declined to elaborate Friday and said Trump’s tweet “speaks for itself.”

In his bid for reelection, Trump has come out strong in defense of controversial statues and landmarks — many of them honoring leaders of the Confederacy — that have gotten renewed scrutiny in the wake of George Floyd’s death and nationwide protests demanding racial justice. Confederate statues and monuments have been removed from several dozen cities over the last few years — including recently in Virginia.

“President Trump has been clear in his opposition to politically motivated attempts like this to rewrite history and to displace the enduring legacy of the American Revolution with a new left-wing cultural revolution,” the White House said in its veto threat of the House legislation, according to The Associated Press.