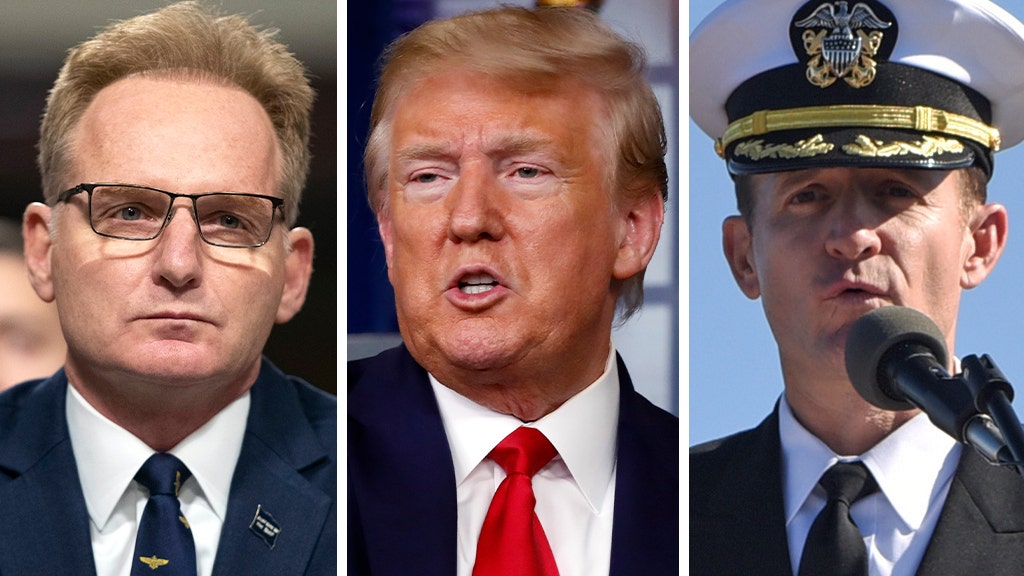 President Trump said he would “get involved” and review the decision to fire the captain of the Navy’s USS Theodore Roosevelt, even as the Secretary of the Navy Thomas Modly berated the former captain in an audio recording leaked on Monday.

Modly fired Capt. Brett Crozier last week for sounding the alarm about the need to offload the sailors onboard the USS Roosevelt due to a COVID-19 outbreak.

Moldly addressed the crew aboard the ship Sunday and bashed Crozier for writing a letter, which warned that the outbreak of COVID-19 aboard the ship had created a dire situation on the carrier, calling him a “too naïve or too stupid” to be a commanding officer, multiple sources confirmed to Fox News.

The letter was leaked to a reporter for the San Francisco Chronicle, who first reported its contents last week.

Trump criticized Cozier at a press conference Monday saying “the letter shouldn’t have been sent.”

“It shows weakness. And there’s nothing weak about us now. Not anymore,” Trump said. “We don’t want to have letter-writing campaigns where the fake news finds a letter, gets a leak. We don’t want that.”

“He shouldn’t be talking that way in a letter,” Trump added. “I thought it was terrible what he did.”

Still, Trump admitted that despite the letter Crozier’s “career prior to that was very good.”

“I’m going to get involved and see exactly what’s going on there,” Trump said. “Because I don’t want to destroy somebody for having a bad day.

Trump’s remarks come as several lawmakers call for Moldly to be fired for his comments.

Moldly apologized Monday evening for his remarks against Crozier, which were laced with profanity, saying in a statement “Let me be clear, I do not think Captain Brett Crozier is naive nor stupid. I think, and always believed him to be the opposite.”

“Captain Crozier is smart and passionate,” Modly’s statement continued. “I believe, precisely because he is not naive and stupid, that he sent his alarming email with the intention of getting it into the public domain in an effort to draw public attention to the situation on his ship.”

Trump suggested that his involvement could put an end to the bitter disagreement between the two about the way the coronavirus outbreak on the ship was handled.

“You have two good people and they’re arguing, and believe it or not I’m good at settling arguments,” Trump said.

Navy officials said some 173 sailors on the USS Theodore Roosevelt have tested positive for COVID-19, and 61 percent of the crew has been tested in all, with about 2,000 sailors moving ashore.

Crozier, who was beloved by the sailors aboard the ship, himself tested positive for coronavirus over the weekend.