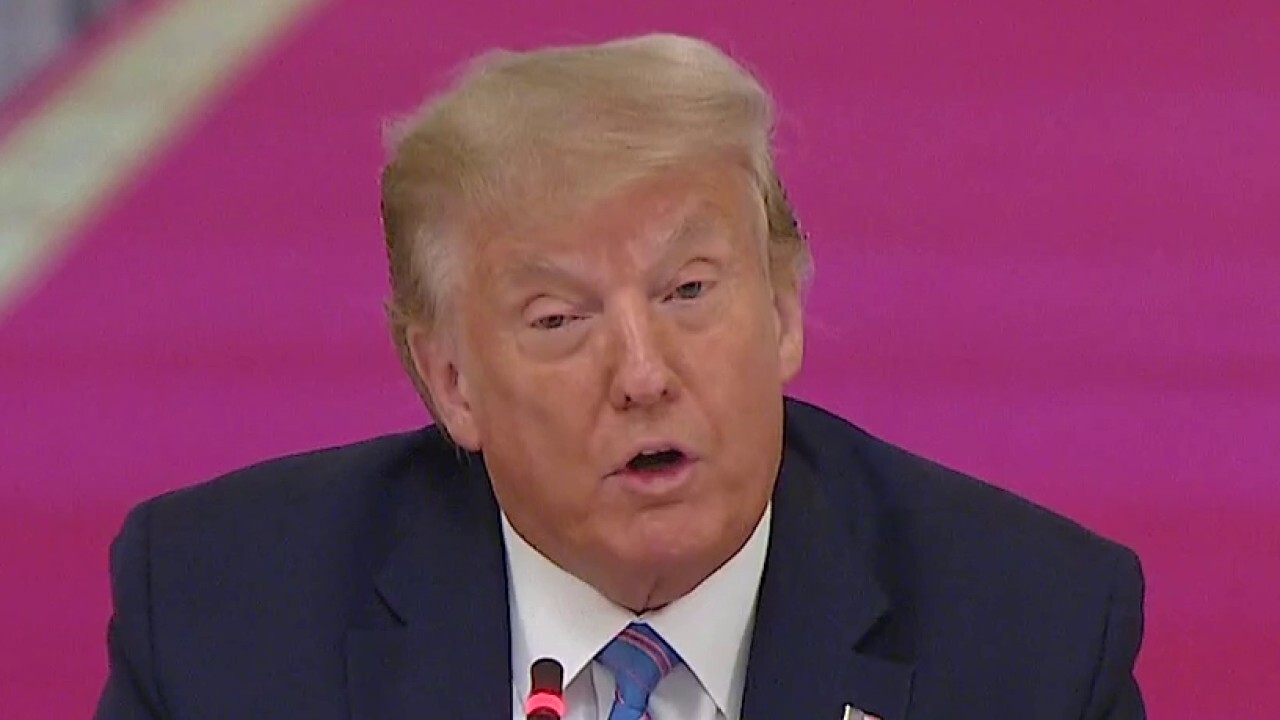 President Trump on Friday said he is telling the Treasury Department to look into the tax-exempt status and the funding of “universities and school systems” over alleged left-wing bias, saying that children should not be “indoctrinated.”

“Too many Universities and School Systems are about Radical Left Indoctrination, not Education,” Trump said in a pair of tweets. “Therefore, I am telling the Treasury Department to re-examine their Tax-Exempt Status… and/or Funding, which will be taken away if this Propaganda or Act Against Public Policy continues. Our children must be Educated, not Indoctrinated!”

Republicans have long railed against alleged left-wing indoctrination in public schools and universities, citing “free speech zones,” cases of professors and administrators showing hostility toward conservative students, and saying that in many cases faculty donate overwhelmingly to Democratic politicians and left-wing causes.

But it’s unclear what exactly Trump was referring to in his tweets and it’s also unclear whether he would be able to follow through on the threat. An attempt to remove the tax-exempt status of universities over political grievances could run into constitutional issues, and public school systems are largely funded by state and local taxes.

It’s also unclear what exactly prompted Trump to make the threat on Friday, but the tweets come as he is engaged in rhetorical sparring with teachers unions, which have resisted his push to get children back into schools with few if any restrictions or anti-coronavirus measures. Teachers unions like the National Education Association (NEA), which has endorsed Joe Biden, have been critical of the Trump and those in his administration on that issue, as back-to-school season is little more than a month away in many places.

“Please under no circumstances take medical advice from Donald Trump or [Education Secretary] Betsy DeVos, especially when it comes to the health of your children,” NEA President Lily Eskelsen García told CNN earlier this week. “This is a virus that kills people and Donald Trump and Betsy DeVos are making a mockery of the danger that [teachers] would be in if you rush to this, if you do it wrong.”

Those comments came in response to a Trump tweet from earlier this week on CDC guidance for reopening schools.

“I disagree with @CDCgov on their very tough & expensive guidelines for opening schools. While they want them open, they are asking schools to do very impractical things. I will be meeting with them!!!” Trump said. Centers for Disease Control and Prevention (CDC) Director Robert Redfield later said that his agency would be putting out additional guidance for schools when reopening, although he did not make exactly clear what that would entail.

Redfield and other top health experts in the government like Dr. Anthony Fauci, who is in charge of the National Institute for Allergy and Infectious Diseases (NIAID), have agreed with Trump and many others that it would be best for children to be at school in person come the fall — but cautioned that depending on the trajectory of the coronavirus that may not be possible in all areas of the country, and that health measures would be important in any case.