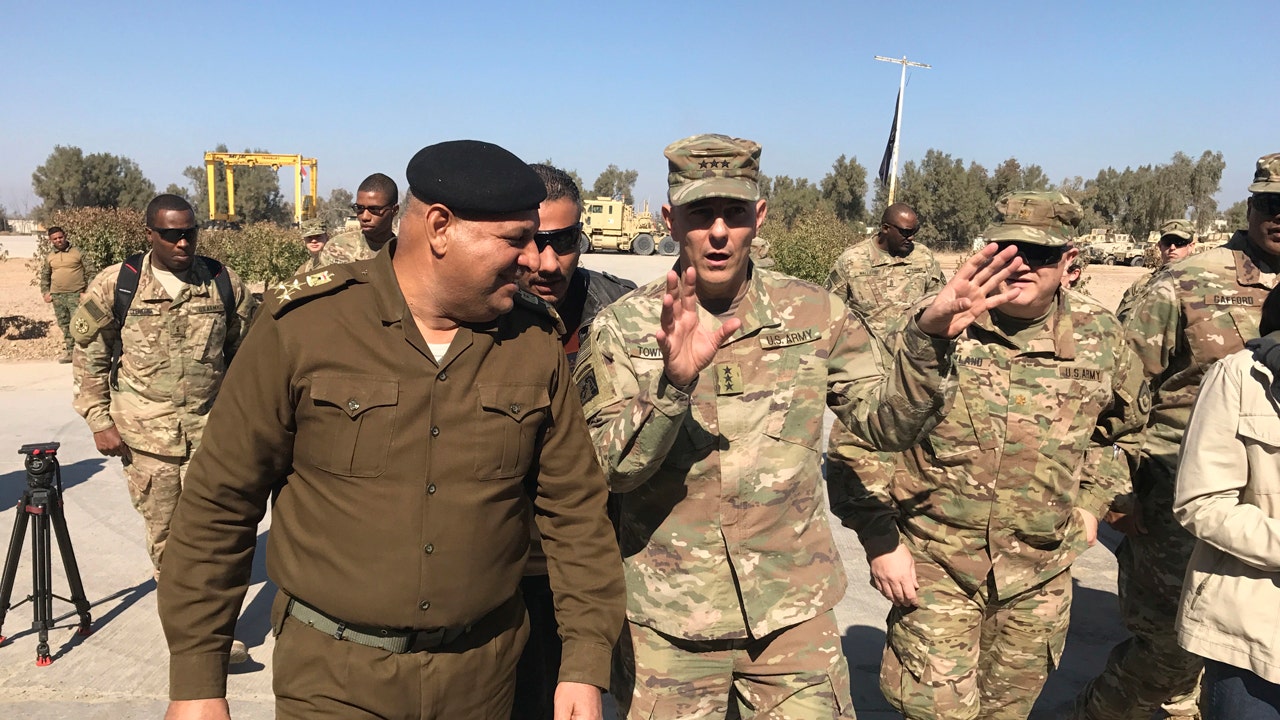 The top U.S general for Africa is warning that a growing threat from China may come not just from the waters of the Pacific but from the Atlantic as well.

U.S. Gen. Stephen Townsend, in an interview with The Associated Press, said Beijing is looking to establish a large navy port capable of hosting submarines or aircraft carriers on Africa’s western coast. Townsend said China has approached countries stretching from Mauritania to south of Namibia, intent on establishing a naval facility. If realized, that prospect would enable China to base warships in its expanding Navy in the Atlantic as well as Pacific oceans.

“They’re looking for a place where they can rearm and repair warships. That becomes militarily useful in conflict,” said Townsend, who heads U.S. Africa Command. “They’re a long way toward establishing that in Djibouti. Now they’re casting their gaze to the Atlantic coast and wanting to get such a base there.”

Townsend’s warnings come as the Pentagon shifts its focus from the counterterrorism wars of the last two decades to the Indo-Pacific region and threats from great power adversaries like China and Russia. The Biden administration views China’s rapidly expanding economic influence and military might as America’s primary long-term security challenge.

U.S. military commanders around the globe, including several who may lose troops and resources to bolster growth in the Pacific, caution that China’s growing assertiveness isn’t simply happening in Asia. And they argue that Beijing is aggressively asserting economic influence over countries in Africa, South America and the Middle East, and is pursuing bases and footholds there.

“The Chinese are outmaneuvering the U.S. in select countries in Africa,” said Townsend. “Port projects, economic endeavors, infrastructure and their agreements and contracts will lead to greater access in the future. They are hedging their bets and making big bets on Africa.”

China’s first overseas naval base was built years ago in Djibouti in the Horn of Africa and it is steadily increasing its capacity. Townsend said as many as 2,000 military personnel are at the base, including hundreds of Marines who handle security there.

“They have arms and munitions for sure. They have armored combat vehicles. We think they will soon be basing helicopters there to potentially include attack helicopters,” said Townsend.

For some time, many have thought that China was working to establish a Navy base in Tanzania, a country on Africa’s eastern coast, that has had a strong, longstanding military relationship with Beijing. But Townsend said it appears there’s been no decision on that yet.

He said that while China has been trying hard to get a base in Tanzania, it’s not the location he’s most concern about.

More specifically, other U.S. officials say the Chinese have been eyeing locations for a port in the Gulf of Guinea.

The Defense Department’s 2020 report on China’s military power, said China has likely considered adding military facilities to support its naval, air and ground forces in Angola, among other locations. And it noted that the large amount of oil and liquefied natural gas imported from Africa and the Middle East, make those regions a high priority for China over the next 15 years.

Henry Tugendhat, a senior policy analyst with the United States Institute of Peace, said China has a lot of economic interests on Africa’s west coast, including fishing and oil. China also has helped finance and build a large commercial port in Cameroon.

He said that any effort by Beijing to get a naval port on the Atlantic coast would be an expansion of China’s military presence. But the desire for ocean access, he said, may be primarily for economic gain, rather than military capabilities.

Townsend and other regional military commanders laid out their concerns about China during recent congressional hearings. He, along with Adm. Craig Faller, head of U.S. Southern Command, and Gen. Frank McKenzie, head of U.S. Central Command, are battling to retain their military forces, aircraft and surveillance assets as the Pentagon continues to review the shift to great power competition.

Defense Secretary Lloyd Austin is conducting a global posture review to determine if America’s military might is positioned where it needs to be, and in the right numbers, around the world to best maintain global dominance. That review is expected to be finished in late summer.