After then-candidate Joe Biden vowed to choose a woman as his running mate in the 2020 election, Michigan Gov. Gretchen Whitmer emerged as an early front-runner, but now that Biden has won, Whitmer admits she is glad she never got the call.

For much of 2020 Whitmer avoided discussing whether she would have accepted such an offer, but in a new interview with Detroit’s Fox 2, Whitmer said she would have.

“If Joe Biden had called and said ‘I need you to be my partner and be my running mate’ I would have said yes,” Whitmer told Fox 2. “This election was that important.”

The Democratic governor acknowledged that she and her family were pleased that it never came to that.

“There might have been a sigh of relief over here at the governor’s residence,” Whitmer said, adding, “I think everyone was pleased with the outcome.”

Whitmer, who was national co-chair of Biden’s presidential campaign, said she was surprised that Biden was strongly considering her as a possibility. 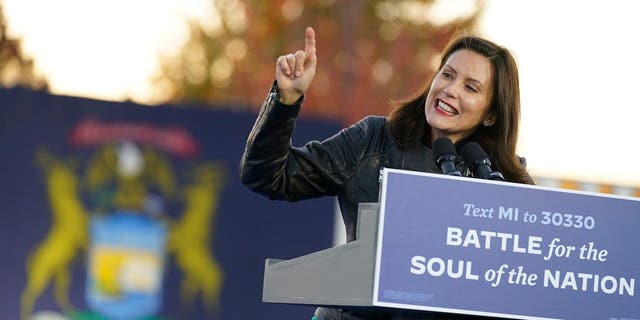 “When he called and asked me to go through the vetting I was shocked,” she said.

Biden ultimately announced in August that he had chosen Kamala Harris, and Whitmer was immediately supportive of the California senator.

“I am extraordinarily proud to support @KamalaHarris and @JoeBiden! They will be a fierce team to Build America Back Better,” Whitmer tweeted at the time, including the hashtag #WeHaveHerBack.